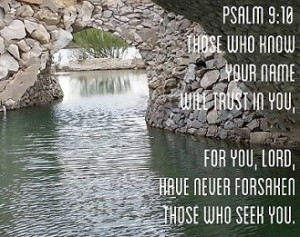 I want to be more like King David of the old testament.  Known as the man after God’s own heart, David kept God at the center of his vision in everything he did.  He was a man more concerned with his relationship to God then any post he held.  Because David knew God, he confidently welcomed the future.  As I look to the second half of my life, that’s exactly how I aim to approach each day; I want to know God more than anything else I know.

How does that play out in the practical?  I believe it’s time and focus spent on God.  We see that demonstrated in the life of David.

David honored God above the threat of man as he faced off with Goliath.  He trusted God when he was chased in the desert by Saul.  David only went where the Lord led him, when He led him.  One can only be led by hearing the one they follow.  David knew he was in God’s care because he spent time waiting on God and listening for direction from Him.

For us that could mean maintaining our beliefs, not compromising to be “politically correct” appeasing others.  Are we courageous enough to stand firm in the face of defiance against God on foundational issues?  Do we spend time alone with Jesus, listening or do we rely on getting the word second hand from others who hear from God?

We see that David pursued God, writing songs of Him in his lonely hours of exile.  He respected the ways of God and the timing of God; resting with God in the desert.

We all have times of trials and hardships.  How do we respond in the midst of these challenges?  Are we turning to God seeking His will, His wisdom, His peace?  Are we thanking Him for LIFE and goodness in the midst of the trials?  Like David, are we looking past our discomfort for ways to honor Him in our desert experiences?

As years passed and battles continued, David didn’t loose sight; he didn’t give up.  David kept his eyes fixed on God, turning to him again and again.  Though our battles drag on, sometimes for years -even decades, do we press on faithfully following God with unconditional adoration? When the time came to celebrate, it was the Lord who David danced wildly unto, not the jeers of man. His own wife mocked him.  What about us?  Are we so taken with God that we’re more mindful of Him than we are of what others think of us?

Even in his time of shame and failure with Bathsheba, it was God whom David sought.  We all mess up.  When we do, does it drive us to our knees seeking God more; accepting just consequences?

At the end of his reign, David was still more concerned with his relationship to God than any other person or even the kingdom he’d ruled.  His vision remained fixed on God with a perspective that the greater Kingdom was yet to be revealed.

What drives us?  If you summarized your life in a couple sentences what would your life be about?  Would it have an eternal value with Kingdom purpose?

God is the main point.  God seeks us.  He is purposed to have relationships with us.  It began in the garden and was completed at the cross.  Our lives are HIS STORY continuing.

To know God is to keep Him at the center of our vision -our lives.  Like David we can know God and proceed with confidence.  God is the very purpose for your presence!!

Those who know your name will trust in you, for you, LORD, have never forsaken those who seek you.  Psalm 9:10