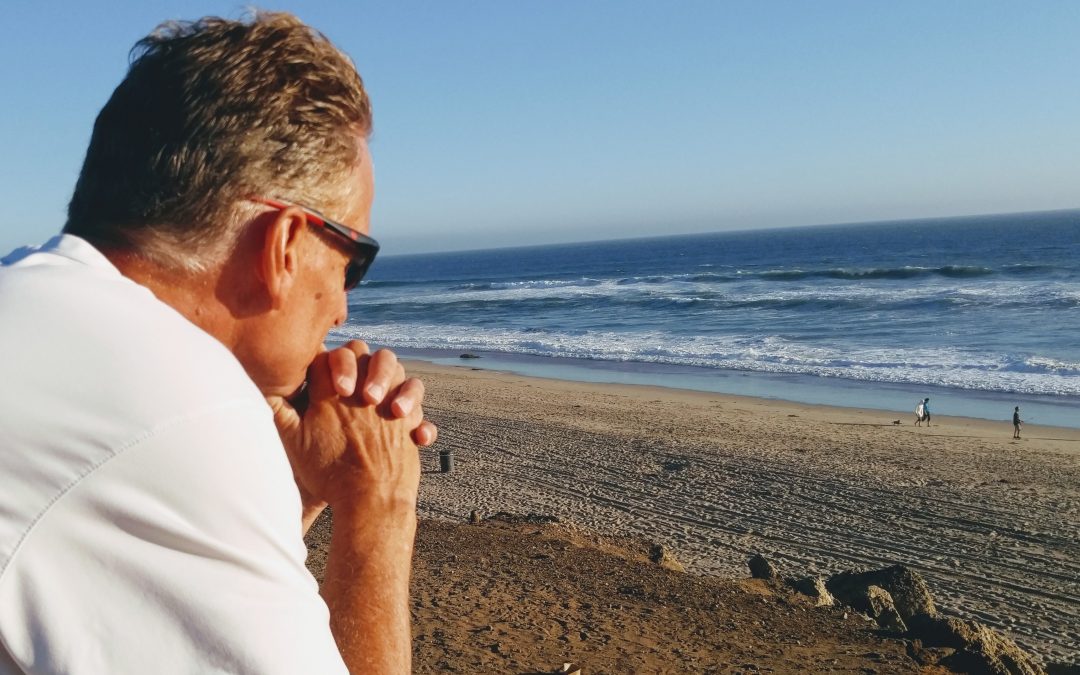 I used to be one of those guys who didn’t care about anyone or anything but myself and I wanted nothing to do with God.

If God was real I figured He had to be a cold heartless son of a gun. I’d seen too much pain and heartache watching my Dad suffer in and out of the hospital for years.

My Dad was a quiet man; the kind who walked tall and carried a big stick. You didn’t mess with him, but you knew he was one of the good guys.

He worked hard, played by the rules and demanded respect for himself and others.

For eight years I watched him fight a losing battle with an unknown disease. Dad’s condition was a mystery even to the Mayo clinic. He would appear to get better to the amazement of the doctors and then six months later he’d be back in the hospital fighting for his life.

Each setback left me more numb than the year before. I became and emotionally void. Hope seemed nothing but a cruel tease.

Eventually sickness took over and the battle was over. I was 21 when my Dad passed away.

If praying for a good man like my Dad didn’t work, then what hope was there for an ornery cuss like me?

Later, I met a young woman and love dared to flicker in my heart again. I buffered myself. I would love, but only at a safe distance. I wouldn’t let my heart get yanked around the way it had before.

The truth is my wife and I were both damaged goods. It was only a matter of time until our marriage hit a wall.

I had nowhere to turn but to God. Would He fail me again?

This time I couldn’t just walk away. We had a son and his future weighed in with our decisions.

God didn’t answer all my questions, but He answered the ones I needed.

This is not My doing –but I will be with you through it.

Is there more than pain, suffering, sadness and failure?

Yes. Walk with Me.

That’s when I began to understand the presence of God is not the absence of suffering or hardship. His presence is what helps us thru the struggles in this messed up world. He didn’t mess it up –we did.

Bit by bit I let Jesus into my heart. He exchanged peace for my anger. And when I dared to hope again I began to see past the pain and frustration.

I did the things Jesus talked about like forgiving others and trusting Him.

My marriage changed too. I was able to love more deeply and was free to be transparent. My role as husband and father gained substance. I became someone my Dad could be proud of.

I don’t know if Dad believed in Jesus. It’s too late for me to talk to him

I tell others “Don’t waste time. Get right with God and get right with others.” Jesus is real and He can change stone cold hearts.