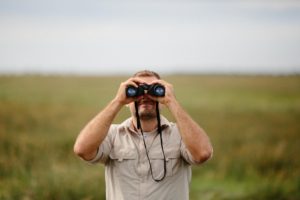 Do you ever get the feeling you’re being watched? Brad and I love to “people watch”. Downtown is a great for this place because there’s always something going on and plenty of people.

This weekend we went to Acacia Park downtown. Immediately, we saw three young men doing flips. “Brad, look!” One would flip. Then the other flipped and then the next. They paused a moment, caught their breath and repositioned. Then bam, bam, bam; they each did it again, and again and again.

Mesmerized, we got out of the truck excited to see more. And we did. All over the little park young men were running, jumping and twisting into the air doing complete arial somersaults. Some were hanging in trees and a few were jumping from the trees to other objects. A young man climbed onto a four foot wall bordering above a playground. He stood like a diver ready to make a complex dive. Suddenly he sprung off the wall tucking, twisting and arching to spin wildly in the air before landing in a soft bed of mulch.

Nearby, a group was gathered by the small amphitheater where a semi-circle obstacle course was arranged. This was the competition ring for the Jump Fest Event Parkour Festival; a ‘Tranquil Movement’ event.

Every couple of minutes a new heat started in which two men laid flat on their backs –the official start position. At start, they sprung from laying on their backs to jumping up, on, over, thru, under and around large crates, parallel bars, over-size tires and monkey bars.

These athletes were strong, elegant, daring, fast and fluid. We watched, in awe.

A few came close to falling. “Oh, no, no!” My mother instincts had me wanting to halt the event with a shout of “Hey! Wait a minute guys. This just isn’t safe.” Somehow I managed clench my teeth and flinch quietly instead. It was fascinating to see the smooth flow of body over fixed objects. These guys moved like liquid.

More gathered and watched. The competitors watched as well. They watched one another and they looked to see who was watching them.

This was a competition; a show of their best. They had come from all over the country so the judges could watch them. It was evident; they’d trained hard honing their skills.

Then something else caught my eye. “Brad look!” Coming up near our heels was a small child, a baby actually. He had just mastered crawling and was proudly conquering the soft green grass on little hands and knees.

Obviously he had been watching as well because he wasn’t just crawling. This baby crawled a bit then tucked and twisted. He’d crawl again and arch and roll. He used his body to imitate the fascinating acrobatic athletes all around. “That’s awesome!” His parents chuckled proudly as they watched on their picnic blanket nearby.

The little guy had watched, studied, internalized and was now duplicating.

That’s what we do isn’t it? We watch. We learn. We do. We teach. It seems we’re either learning, practicing or teaching.

Others are watching. I wonder… What do others see when they see me? What about you? What do people see when they watch you? Are they inspired, encouraged or motivated?

“In the same way, let your light shine before others, that they may see your good deeds and glorify your Father in heaven.”(NIV)

When you head out today, consider –people are watching. Who will see you? What will they see? Think about it and have a great week my friends, and SHINE!